BP to Set up a Hydrogen Hub in Germany's Wilhelmshaven, Existing Pipelines to be Used

A British multinational oil and gas supermajor, Bp, is planning to explore the feasibility of constructing a new hydrogen hub in Wilhelmshaven, Germany, with pipelines connections used to supply heavy industrial customers in Ruhr and other areas, the company announced on Wednesday, January 18, through a press release.

The project will include an industry-leading ammonia cracker capable of producing up to 130,000 tons of low-carbon hydrogen annually from green ammonia beginning in 2028, with the prospect for further expansion as future markets for renewable fuels develop.

Green ammonia will be transported from Bp's green hydrogen projects worldwide to Wilhelmshaven, where the cracker will convert the green ammonia to green hydrogen by splitting larger molecules into hydrogen and nitrogen components that can be used directly.

"At bp we have the expertise and capacity to cover the entire value chain of green hydrogen production, including conversion into derivates like ammonia, transport, and then reconversion to supply green hydrogen to the customers and places who need it," said Patrick Wendeler, chief executive of bp Europa SE.

According to Wendeler, the development would spur "greater energy independence" for the company's German customers across a range of low-carbon energy products, adding that  Wilhelmshaven has a proud energy history that the anticipated hydrogen hub can take to the next level and contribute to Germany's efforts in meeting its energy transition goals.

Bp plans to use the existing infrastructure of the Nord-West Oelleitung (NWO) terminal at Wilhelmshaven, where it is a shareholder, for hydrogen transport.

Wilhelmshaven has a well-developed network of pipeline systems and a deep-water harbour that makes it one of Germany's vital energy terminals, better placed to support the country's energy transition activities.

Felipe Arbelaez, senior vice president of hydrogen and CCS at bp, said the development of the import facility complements Bp's global hydrogen project portfolio as it ramps up efforts to develop a presence in various ammonia export terminals in Africa, the Middle East, and Australia, that could help supply a portion of Europe's energy demand in the future.

"This is another critical step in developing and delivering low-carbon hydrogen in communities throughout the world," Arbelaez added.

Christian Meyer, Minister for the Environment, Lower Saxony, also underscored the project's significance in bolstering the country's security of supply and ensuring the availability of affordable and climate-neutral energy products.

"In order to remain competitive and resilient as an industrial location in the long term, we must ensure an affordable, climate-neutral and secure energy supply. To do this, it is important that we diversify our supply sources and create fewer dependencies. Bp's proposed new hydrogen centre in Wilhelmshaven can play an important role in this," Meyer said.

The Minister for the Environment added that the proposed project for green hydrogen supply will further advance Germany's energy transition and strengthen Wilhelmshaven as a key import hub for renewable and green energy.

The proposed project adds to the earlier string of hydrogen project proposals in the country from Bp, following the H2 Nukleus and Lingen Green Hydrogen concepts, aimed at helping Germany cut its CO2 emissions from highly industrialized areas.

So, let me understand this: BP will make green hydrogen someplace in the world (i.e. electrolyzing water with solar or wind generated electricity), the convert it to ammonia so that it can be transported, then ship it to Germany where the ammonia will be converted back into hydrogen so it can be transported by pipeline to various industrial facilities.

What I would like to know is what the final cost will be? And what's the full-cycle efficiency?

I remember my thermodynamics class at MIT emphasizing that you always lost something every time you converted energy from one form to another. Maybe BP just figures if Germany is going to force their industry to do this, well then it will go along and provide what they want no matter what the cost. Seems like this will be a tremendous boon to places like China (and maybe even the US) which use natural gas for their industrial processes. 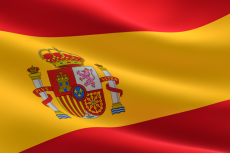 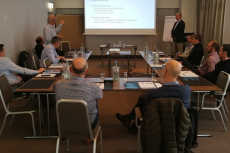 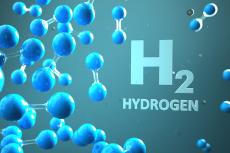 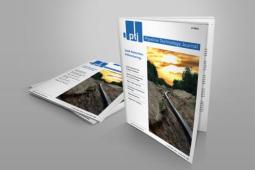